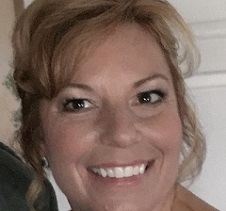 Donna Leybourrne graduated with a nursing diploma from Loyalist College in 1993.  She started her career working as a surgical RN before settling in as a critical care RN in 1997.  At that same time, she received her critical care diploma.  She also has experience in the PACU as well. Donna went on in 2001 and received her Canadian Nurses Association Critical Care Specialty Certification.  Then in 2010 she became a charge RN in the ICU. She has worked on many projects such as nurse navigation, chair of unit base council, ICU RN mentorship project. She has also sat on several committees such as Kingston General Hospital Critical Care conference planning committee, nursing practice council and critical care program council. In 2014 she became a cardiac surgery care coordinator, then a critical care program manager in 2016.  She is currently enrolled in the MBA program at James Cook University.

Benjamin Hartung is an emerging nursing leader and new to NLN.ON. Ben has been an RN for six years and is currently a Manager in the Long-Term Care sector at Baycrest in Toronto. Prior to this role, Ben worked as an Advanced Practice Nurse where his role was to support nursing staff with education, professional development, as well as lead quality improvement and research projects. Ben has a strong interest in the care of older adults, nursing research and developing point-of care leaders.

The Nursing Leadership Network of Ontario (NLN.ON) is your voice for nursing leadership in Ontario. NLN.ON works collaboratively with RNAO in providing and shaping the support needed by nurse leaders and administrators in the province. NLN.ON is committed to linking strategically with nurse leaders across the province in order to influence the future direction of health care.

An interest group of